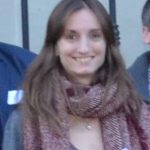 Aglae Pizzone is a postdoctoral researcher at the Centre for Medieval Literature, jointly hosted by the University of Southern Denmark and University of York, and a member of ETT‘s network.

Aglae obtained degrees in Classics from the universities of Florence (1999) and Milan (2003) and held numerous prestigious fellowships and research appointments since 2004. She was a fellow a the École Pratique des Hautes Etudes-CNRS in Paris, Dumbarton Oaks Research Library and Collection and the Seeger Center for Hellenic Studies at Princeton University, among others. In 2013, she was awarded a Newton International Fellowship. She was also a Senior Researcher at the Swiss Center for Affective Sciences (CISA) in Geneva.

In addition to being an ETT member, Aglae is involved in several other international research projects, such as The Classical Tradition in Portuguese, Lusophone and European Literatures and Cultures (Lisbon University) and the COST action (supported by the European RTD Framework Programme) New Communities of Interpretation: Contexts, Strategies and Processes of Religious Transformation in Late Medieval and Early Modern Europe (2013-2017).

Aglae’s research is dedicated to the study of ancient and Byzantine fiction, the reception of Homer, Byzantine commentary literature, fictionality, subjectivity and the self and history of emotions. In particular, she has investigated the role of imagination in late antique and Byzantine conceptualizations of aesthetic emotion and the impact of affective responses on reading practices in the middle Byzantine period.

Role in the project

Aglae will also be working together with Lioba Theis, Divna Manolova and Matteo Zaccarini  in order to populate the ETT Digital Archive, a collection of both textual and visual source material reflecting representations of affectivity.

Within the ETT, Aglae will deal with the subject area of ‘explaining’ and ‘narrating’ emotions. She will base her inquiry on Byzantine Homeric commentaries, hagiographical tales, novels and romances.

A. Pizzone (ed.), Gods and Performers. An Interdisciplinary Approach to the Affective Value of Voices and Sounds in Pre-Modern World. London: Palgrave-Macmillan, under contract.

A. Pizzone, ‘Emotions and Audiences in Eustathios of Thessaloniki’s Commentaries on Homer’, Dumbarton Oaks Papers, in press (2016).

A. Pizzone, ‘Toward a Self-Determined and Emotional Gaze: Agathias and the Icon of the Archangel Michael’, in Stock W.-M. and Mariev S. (eds.), Theurgy and Aesthetics in Byzantium, Byzantinisches Archiv 25, New York-Berlin: de Gruyter, 2013, 75-103.

A list of Aglae’s selected publications is available here.

To learn more about Aglae’s research visit her Academia.edu page.